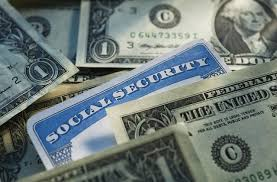 US Veterans benefits could see a sharp cost-of-living increase later this year. US Veterans may be on the edge of a sharp increase in their cost of living in benefit payments beginning in December, thanks to legislation finalized by Congress on Monday.

The Veterans’ Compensation Cost-of-Living Adjustment Act passed unanimously in the House on Monday and without objection in the Senate in early summer. It is now headed to the White House. President Joe Biden is expected to sign it in the next few days.

How much that boost will be next year is still not certain. The Social Security Administration is expected to announce the COLA rate for 2022 next month. This figure is based on economic trends over the last few months.

That increase will go into effect for benefits checks sent out starting this December.

The cost-of-living bump hasn’t been above 3.0 percent since 2011, and has averaged less than 1.3 percent over the last six years.

But last month, officials from the Senior Citizens League predicted that next year’s rise could top 6.2 percent, based on recent inflation and wage data released by federal economists. If so, it would be the largest increase since 1983 for Social Security and VA benefits recipients.

“The cost-of-living adjustment to veterans’ benefits is so much more than a rate adjustment tied to inflation,” said Rep. Mark Takano, D-Calif., in a statement. “It is a quality-of-life guarantee in the retirement years for veterans suffering with service-connected disabilities and ailments.” (continue reading)