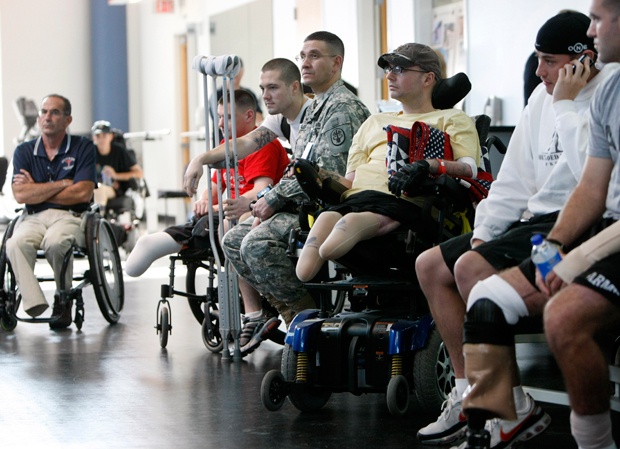 A recent report, published by Watson Institute of Brown University, estimates that the costs of care for post-9/11 war vets will reach between $2.2 and $2.5 trillion by 2050 – most of which has not yet been paid. The report warns that the U.S. may shortchange its promises to these veterans if the government does not make adequate budgetary commitments.

Long after the post-9/11 wars end, the largest single long-term cost of these wars will be benefits and medical care for the men and women who served in Afghanistan, Iraq, and related theatres since 2001, and their dependents. Expenditures to care for veterans doubled from 2.4 percent of the federal budget in FY 2001 to 4.9 percent in FY 2020, even as the total number of living veterans from all U.S. wars declined from 25.3 million to 18.5 million. The costs associated with caring for post-9/11 veterans will not reach their peak until decades after the conflict, as veterans’ needs increase with age.

More than 40 percent of post-9/11 veterans – an extraordinarily high proportion – are getting lifetime disability payments. This number will increase to 54 percent over the next 30 years. By comparison, fewer than 25 percent of veterans from World War II, Korea, Vietnam and the first Gulf War have been certified as having a service-connected disability.

The report recommends the establishment of a Veterans Trust Fund to track and set aside the needed funding for the long-term care of post 9/11 veterans.

The wars in Iraq and Afghanistan have been more difficult for military families than have past wars, with more frequent deployments and shorter periods at home. In comparison to the civilian population, Iraq and Afghanistan war veterans are facing elevated rates of suicide and mental illness, drug and alcohol dependence, car crashes, and homelessness. They and their families also experience higher rates of divorce as well as homicide, child abuse, and child neglect by both parents left behind and returning veterans.

When service members return home, it is often their families who provide care. The offloading of care for the war wounded onto families and community organizations has been an express part of military planning, and should count among the costs of war. (read full report)

The whole family feels the effects when a service member passes away,…