‘They Were Soldiers’ Shares Inspirational Stories From 48 Vietnam Vets 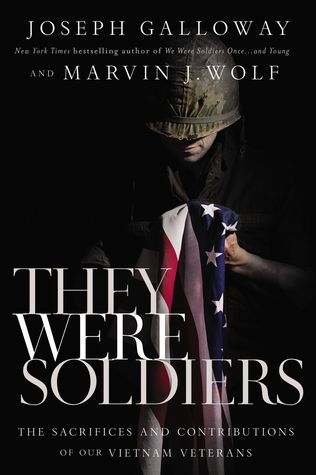 Many of the 2.7 million Americans who served in the Vietnam War returned to a divided country in great political turmoil. A new book, They Were Soldiers: The Sacrifices and Contributions of Our Vietnam Veterans, tells the stories of 48 male and female military members who served during those turbulent times.

The authors are Vietnam veterans themselves: Joseph Galloway, New York Times coauthor of the best seller We Were Soliders: Once … and Young (1992), and photojournalist Marvin Wolf. The pair chose to focus their work on the sacrifices and contributions that these veterans made after the war — as artists, healers, government workers and more. In the process, Galloway says, they found that “often the story of what good that veteran has done for his or her community and our country is more important than the war stories.”

The excerpt below highlights the story of Diane Carlson Evans, an Army nurse who returned from Vietnam with a severe case of PTSD and struggled as she became a mother and wife. Her frustrations with the lack of female representation at the Vietnam Veterans Memorial in Washington, D.C., ignited the campaign to create the Vietnam Women’s Memorial.

Diane Carlson Evans was twenty-one when she arrived in Vietnam on July 30, 1968.

“I felt like I could do it,” she recalled. “I had good training and was ready to practice nursing. Therefore, I wasn’t afraid to develop the skills to start IVs, hang blood, take care of chest tubes, put down nasogastric tubes, and take care of patients on ventilators with tracheotomies — observing and caring for all kinds of patients. But I wasn’t prepared for the sheer numbers. For so many men my own age suffering and dying. (continue reading)