Former POWs are now fighting for their captor’s citizenship 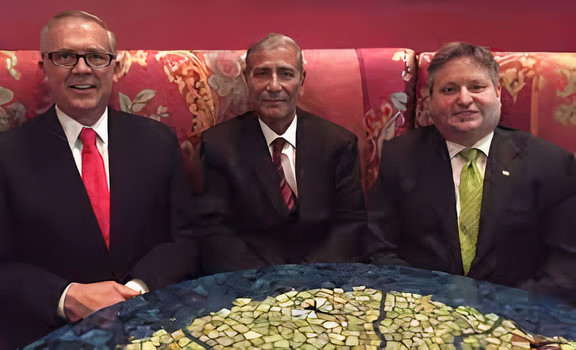 On Nov. 15, 2012, five men sat down for dinner at Ted’s Montana Grill in Crystal City, Virginia. Dressed in shirts and ties, they could’ve easily passed for old friends or business partners, reminiscing on days past. Their friendly conversation gave no hint to the fact that just two decades earlier, three of these men were enemies in the first Gulf War.

It was the first time former Navy pilots Bob Wetzel, 60, and Jeff Zaun, 58, had seen Layth Muneer since the deserts of Iraq in 1991, when their plane was shot down and Muneer, a former major general in the Iraqi Air Force, stopped search parties of Iraqi security forces from killing them.

Muneer brought order to the chaotic capture of Zaun and Wetzel, had them taken away in his personal car, and treated them well, Zaun said. The treatment deteriorated only after the POWs were transferred to Iraq leader Saddam Hussein’s secret police in Baghdad.

About two decades later, the general came to the United States seeking asylum, and with the help of a friend, eventually reconnected with Zaun, who has met him several times – often with Wetzel – to talk about the war that brought them together.

Now, almost another decade later, Muneer, 74, is still in the U.S. and struggling to be granted asylum, let alone get a green card. Wetzel and Zaun are committed to helping their captor-turned-friend become a citizen.

Muneer, whose son now serves in the U.S. Army, “did what he was supposed to do, treating us like POWs,” Zaun said. “I don’t have any animosity. We’re friends now.” (read more)