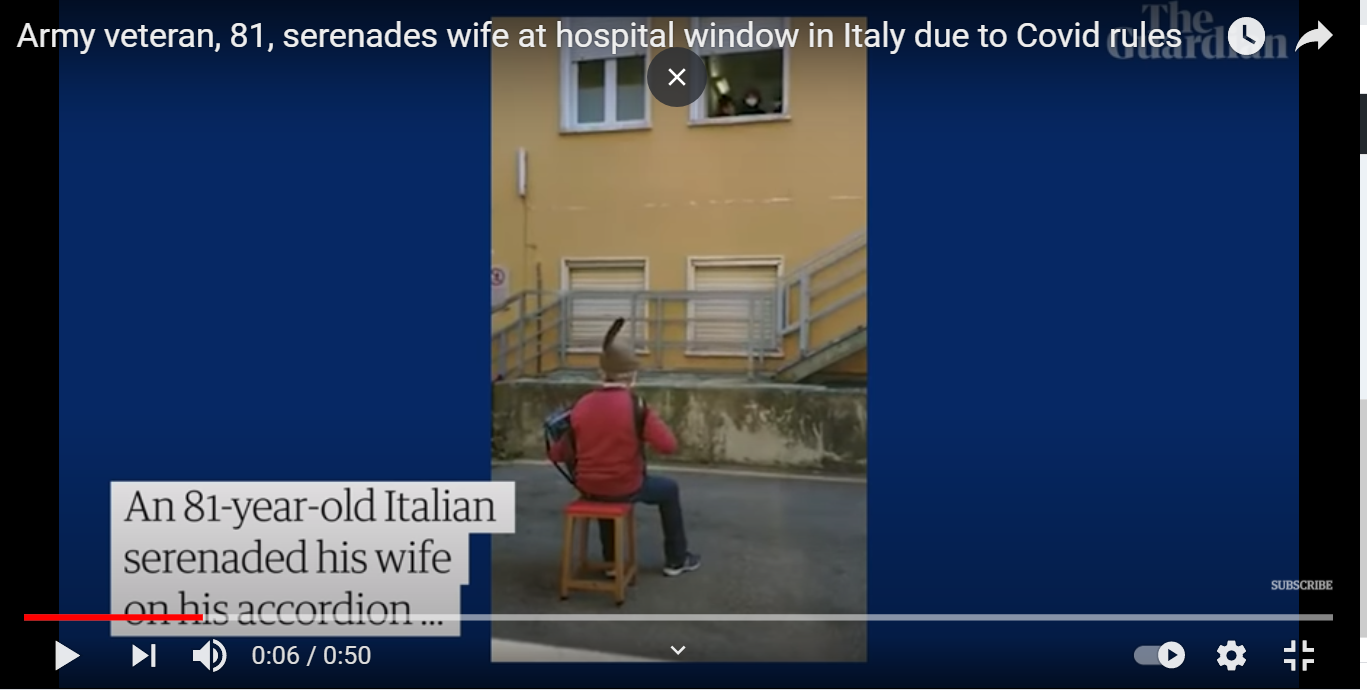 Stefano Bozzini, an Italian army veteran, serenaded his wife at her hospital window to show his support, despite not being able to visit her due to local coronavirus restrictions.(watch the video)

This story deserved to have a happy ending—but, tragically, it wasn’t to be. Earlier this month, footage of Stefano Bozzini serenading wife Carla from outside a hospital in Italy went viral. Bozzini was filmed playing songs he said told their love story in the courtyard of the hospital in Castel San Giovanni. Carla was discharged after the video melted hearts around but world, but, according to The Guardian, she has now died. Carla was 74 and the couple had been married for 47 years. She spent over a week in the hospital getting tests for cancer—the hospital doesn’t treat COVID patients but visitors aren’t allowed inside in case they bring in the virus, so Stefano comforted her from outside. The husband, who used to be in the Italian army’s mountain infantry, said he had lost his “alpine star.” (read more)