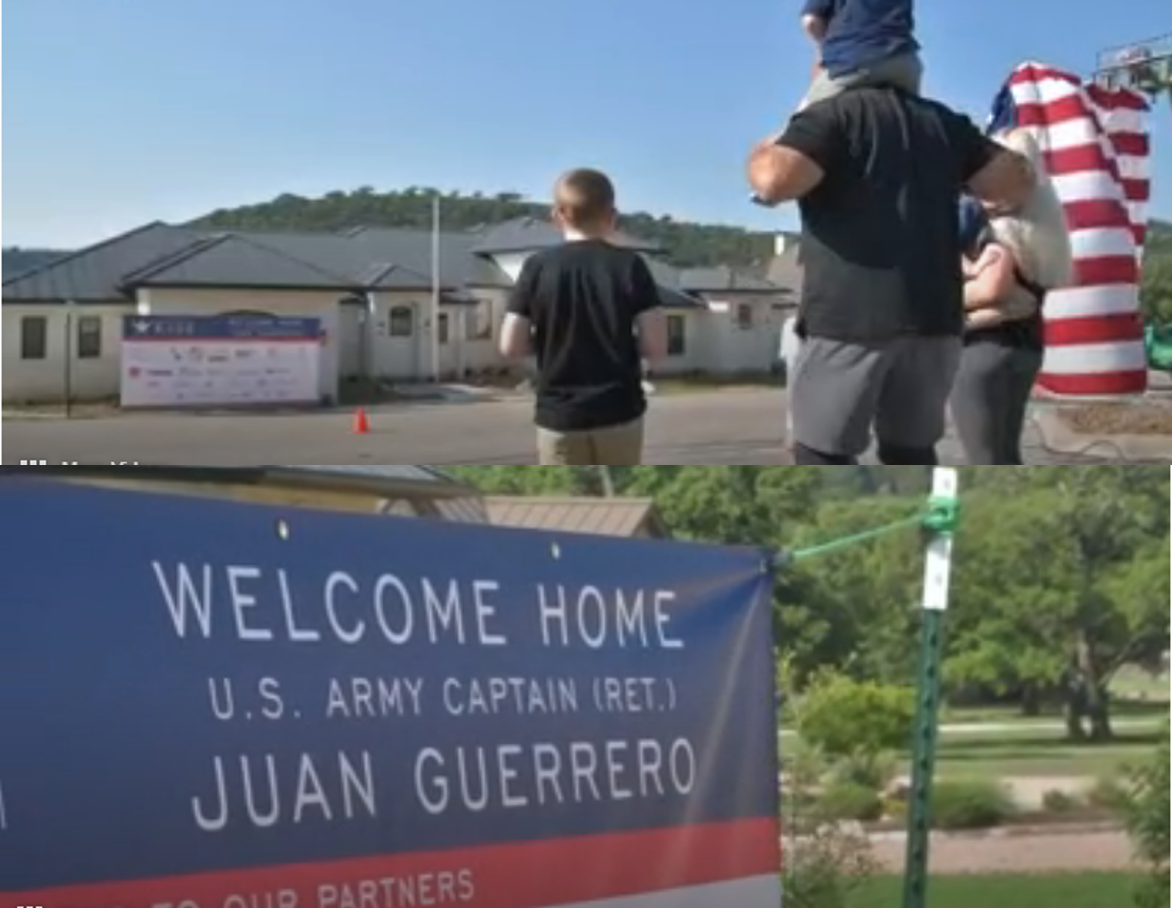 Guerrero was critically wounded by a roadside bomb in Iraq and eventually lost both of his legs. Last week he received a custom-built home from the Gary Sinise Foundation, started by the Academy Award-nominated actor of the same name.

Seriously wounded veterans get new houses from the foundation . Its representatives worked closely with Juan Guerrero and his wife, Shannon. Their only aim was to design and build the home that would best meet the wounded soldier’s needs.

“It’s definitely overwhelming,” Guerrero said. “Every single room is accessible for me in a wheelchair.”

Guerrero spent twenty three years in the military. He spent four years in the Marine Corps and nearly two decades in the Army.

He was on the way back from a mission in 2007 when his vehicle was struck by a homemade  explosively formed penetrator,. This bomb was among the most lethal weapons in Iraq.

Guerrero had severe injuries to both legs after the explosion. And during recovery, he was diagnosed with a rare form of skin cancer because of his injuries.

Iraq war veteran Guerrero is now a double amputee. But his old house was not suitable for someone with his injuries.

The Guerreros learned about the Gary Sinise Foundation after J.J. went to the dedication of a house for a friend who had also been wounded in battle.

He applied for the program in November 2018. He went through the long process of vetting. The foundation tries to ensure that the housing goes to the most deserving candidates.

In November 2019, Gary Sinise called to tell Guerrero his application was approved. Later the process of designing the house began.

Shannon said she did most of the work with designing, but emphasized the house was built for the needs of, and to the specifications of her husband.

Guerrero’s new house includes a variety of custom-built accommodations including a cut-out under the kitchen sink, pull down racks in the cabinets and pull-down bars in the closet so Guerrero can hang his clothes. (continue reading)