Without a parade, but with a demonstration of the available equipment, we celebrated the Day of Courage 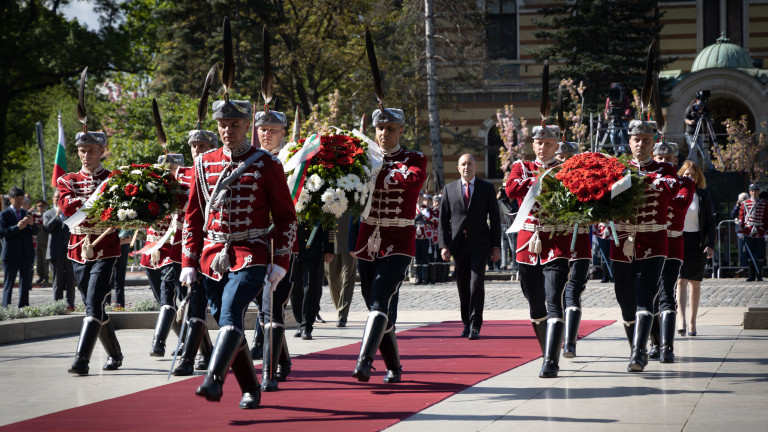 The Bravery Day and a holiday of the Bulgarian Army were celebrated with a solemn consecration of the battle flags and the sacred flags in Sofia. The church ritual was performed by His Eminence Gerasim, Bishop of Melnik, Secretary-General of the Holy Synod of the Bulgarian Orthodox Church, the Ministry of Defense announced.

Representatives of the National Guard, the Land Forces and the Special Operations Forces took part in the ritual . The President and Commander-in-Chief of the Armed Forces of the Republic of Bulgaria Rumen Radev , the resigned Minister of Defense Krassimir Karakachanov and the Chief of Defense Admiral Emil Eftimov paid tribute to those who died for the freedom and independence of Bulgaria by laying wreaths at the Monument to the Unknown Soldier.

Although without a parade, helicopters and planes of the Air Force flew in the sky over Sofia. The crowd gathered in front of the St. Alexander Nevsky Cathedral applauded the servicemen of our combat aviation, who presented the capabilities of the Cougar, Mi-24, Bell, Panther and Dolphin helicopters, as well as the aircraft. Pilatus “, L-410,” Spartan “, L-39, Su-25 and MiG-29 .

Nearly 122 servicemen from the Air Force and 8 from the Navy took part in the demonstrations of the military aviation in Sofia and in Graf Ignatievo today. (continue reading)