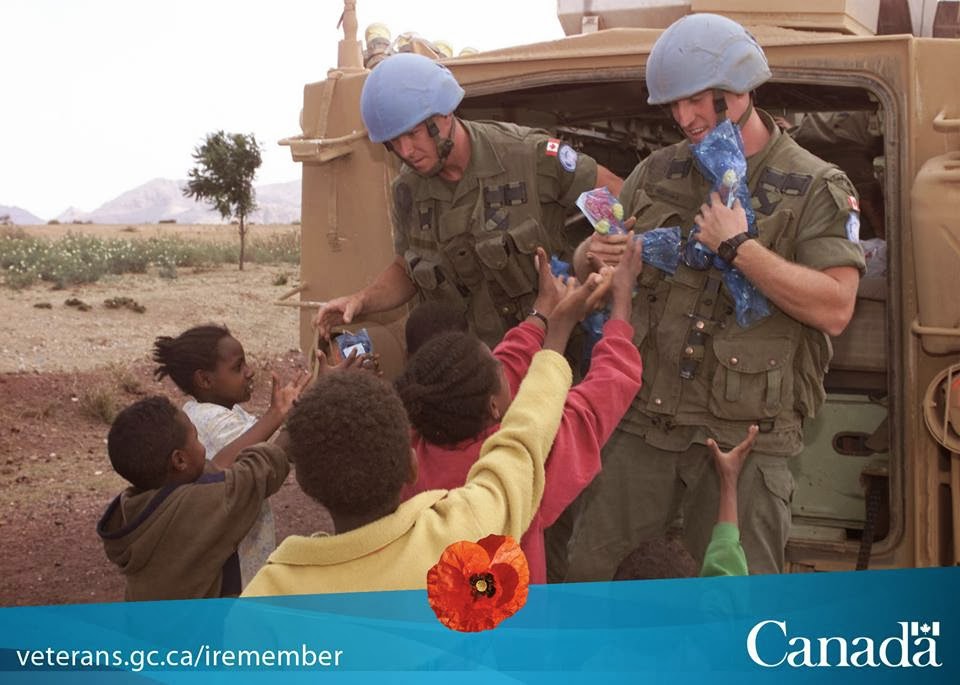 Close to 100 people including veterans gathered at a southwest Calgary park Sunday morning. This was for a memorial recognizing the men and women who died while serving as Canadian peacekeepers.

Due to the unusual circumstances caused by the COVID-19 pandemic, the National Peacekeepers Day ceremony at Peacekeepers Park was shortened to a 45-minute service — about half as long as it normally is.

National Peacekeepers Day takes place every August 9 or on the closest Sunday. The day is a symbolic way to remember the nine Canadian peacekeepers that were killed during a re-supply mission in 1974.

The president of the Canadian Association of Veterans in United Nations Peacekeeping, Rick Wright, was stationed in Egypt that year. He still vividly remembers the day nearly 50-years ago when the Buffalo aircraft was shot down by Syrian missiles. The aircraft was on its return trip to the Egyptian city of Ismailia.

“It’s one of those things that is indelibly etched in my mind,” says Wright.

To Wright, Peacekeepers Day isn’t just a way to honour fallen Canadian soldiers, either. It’s his hope that it can bring more attention to the role that Canadian peacekeepers have played in history, and bring awareness to current operations involving Canadian forces that may not be as public.

“There are still Canadians out there on peace-support operations,” Wright says. “We also have a battle group in Latvia to support the Ukraine that we tend to forget about.”

Several family members of Canadian peacekeepers and other military personnel killed while on-duty were there Sunday to lay commemorative wreaths.

The day is, admittedly, a sombre occasion for the fathers and mothers still mourning the death of their children, but is also an opportunity for them to reflect on the important legacy their sons and daughters made. (continue reading)