For Those Left Behind: An Afghan American Marine Veteran Reflects On His Homeland 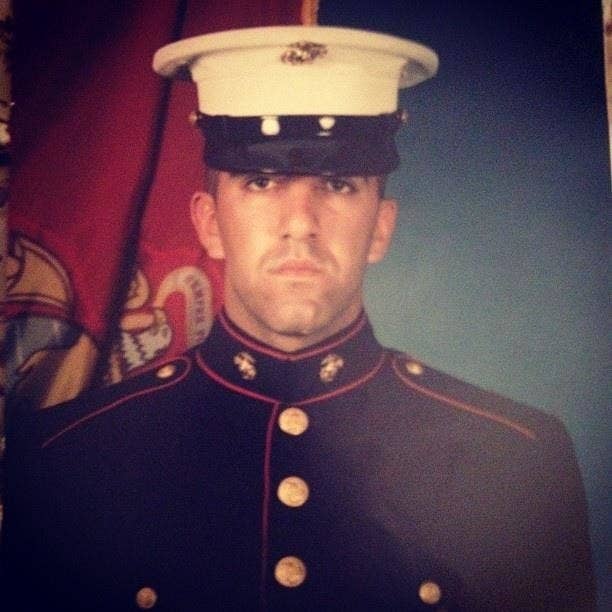 Marine veteran Ajmal Achekzai fled Afghanistan during the onset of the Soviet–Afghan War in 1980, leaving his birth city of Kabul behind. He was only five years old.

The next time he would return would be in November of 2001. U.S. Marines were the first major ground forces sent to Afghanistan after 9/11. Ajmal was among them.

Twenty years later, Ajmal is witnessing the return of Taliban control. He sat down with StoryCorps to remember where he came from, the dire uncertainty of Afghanistan’s future and the love he has for its people.

I told myself I was gonna go back to Afghanistan, but never thought I would go back in a time of war.

We were the first 300 boots on ground Marines. And, when I returned to Kabul, my birth city, I was trying to teach the Marines about the Afghan culture. And then I was teaching the Afghans about the military and what we were about.

Being the only one that spoke the language, I became friends with a lot of the locals. And they would bring food, like, ‘My mom made some food for you.’ They saw me as one of their own. Afghan people are one of the most honorable and hospitable people in the world.

I was right there between two cultures that I love. And it was a lot of emotions from both ends.

And then the image of leaving Bagram Airport, I can see the whole city. Desert, huge Afghan flag. Afghanistan, to me, is my motherland. Beauty, poetry. And they’re survivors, that’s what they are. Forty years of war, they wake up every day, dust the dirt off their shoulder and keep going.

We told them that we’re here for their safety. We’re here to make sure that they progress. But, I feel like I failed the Afghan people ‘cause I lied to them.

I joined the service basically to serve the country that allowed me to come.

And, as I’ve gotten older, I’ve realized what my part in this world is, it’s to help others. It’s the rent we pay to live in this country.

If there was something I would say to the people of Afghanistan that are waiting to come — I’m sorry, we failed you, but keep hope alive. Always fight until you get that freedom again.