Coding for Canadian Veterans: Program that retrains vets for IT jobs hopes for more Indigenous participants 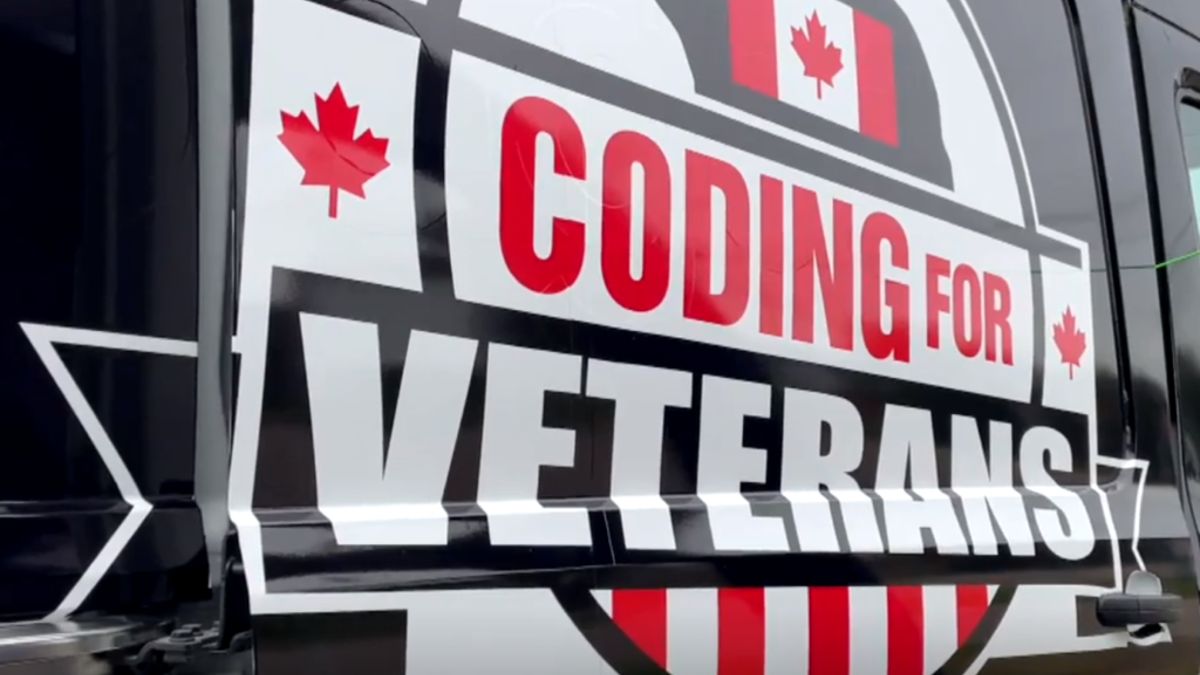 Coding for Veterans program offers Canadian veterans retraining after military service. The program is hoping to recruit more Indigenous applicants who are interested in learning coding.

Jeff Musson, the executive director of Coding for Veterans, had a tent set up in front of a Moncton legion on Thursday, trying to spread the word.

“These are close days to (National) Truth and Reconciliation Day. We really want to do outreach to those Indigenous peoples who have served in the Armed Forces. This is not only to highlight their service to Canada but also their opportunity to transition into a job in the tech sector,” he said.

Former or serving Armed Forces members accepted into the program are trained as software developers and cybersecurity professionals. These professions are for which there is a critical shortage in Canada, according to Musson.

“In Canada, there is over 147,000 IT jobs projected to go unfilled and these are good and high-paying jobs,” he explained.

Musson, who also owns an IT company, started Coding for Veterans two and a half years ago. So far, about 200 Canadian veterans have graduated. Unfortunately fewer than 10 have been from Indigenous communities and he would like to see those numbers increase.

“It is a power combination that employers are looking for in their workforce because it helps with diversity and it helps with culture within companies,” he said.

Bill Ridley-Williams, who served in the military in the 1980s, is currently enrolled in the program. He said there are Indigenous IT companies across the country trying to expand in the tech sector. (continue reading)