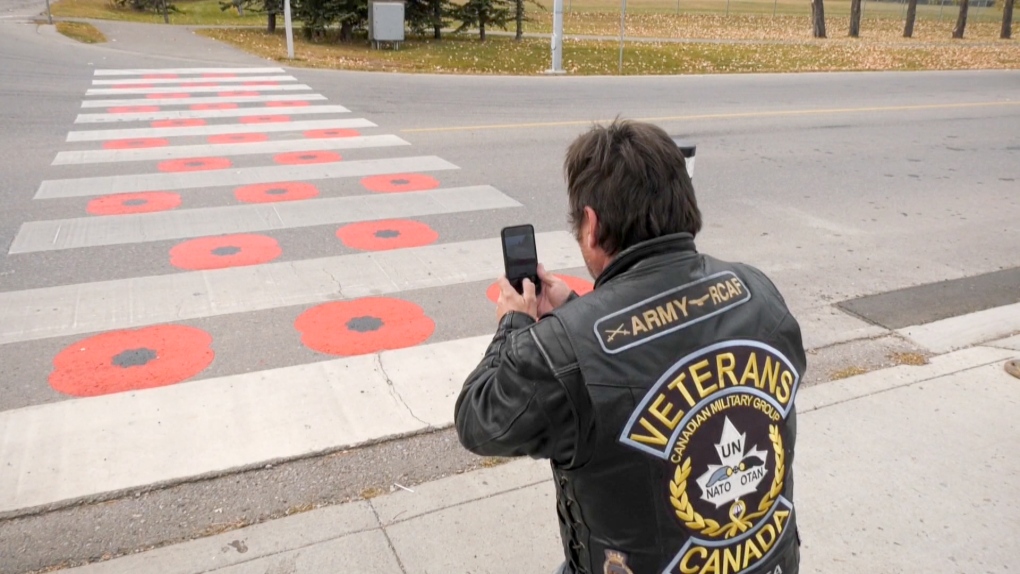 A ceremony paying tribute to Canadian veterans ahead of Remembrance Day will go ahead on Sunday in Chestermere.

The event will take place at Anniversary Park, the home of the city’s cenotaph. And was organized by a local teenager. Crews painted poppies on a crosswalk, but there was push back – from the national office of the Royal Canadian Legion.

A spokesperson says crosswalks are meant for people to walk and drive on. And as a result, it is disrespectful to do that to a poppy. “The Legion deeply appreciates efforts like these, made by community members wanting to help remember Our Fallen. Unfortunately this particular display would have unintentionally resulted in individuals walking on the Poppy image, which is deemed disrespectful. The Poppy of Remembrance is a sacred symbol in Canada, representing actual individuals who have paid the ultimate sacrifice.”

The Legion says it was entrusted with the image by the federal government to ensure it “is safeguarded and used respectfully.” Guidelines for poppy usage can be found on the organization’s website.

Overall, residents and even some Canadian veterans said despite that, they were impressed by the tribute. “I’ve had friends die, relatives have died in the fields of Afghanistan, family in World War Two die,” said Canadian veteran Andy Sinclair. “And how can they say this being defaced when brothers and sisters gave blood for that, for people to walk in this I see no problem whatsoever because when they look down and go, ‘Oh, a poppy’ and just think of a family member a friend something you know that means a lot to veterans and still serving members.”

The City of Chestermere issued a statement on Friday. They said they have been working on the project for more than a year. (continue reading)