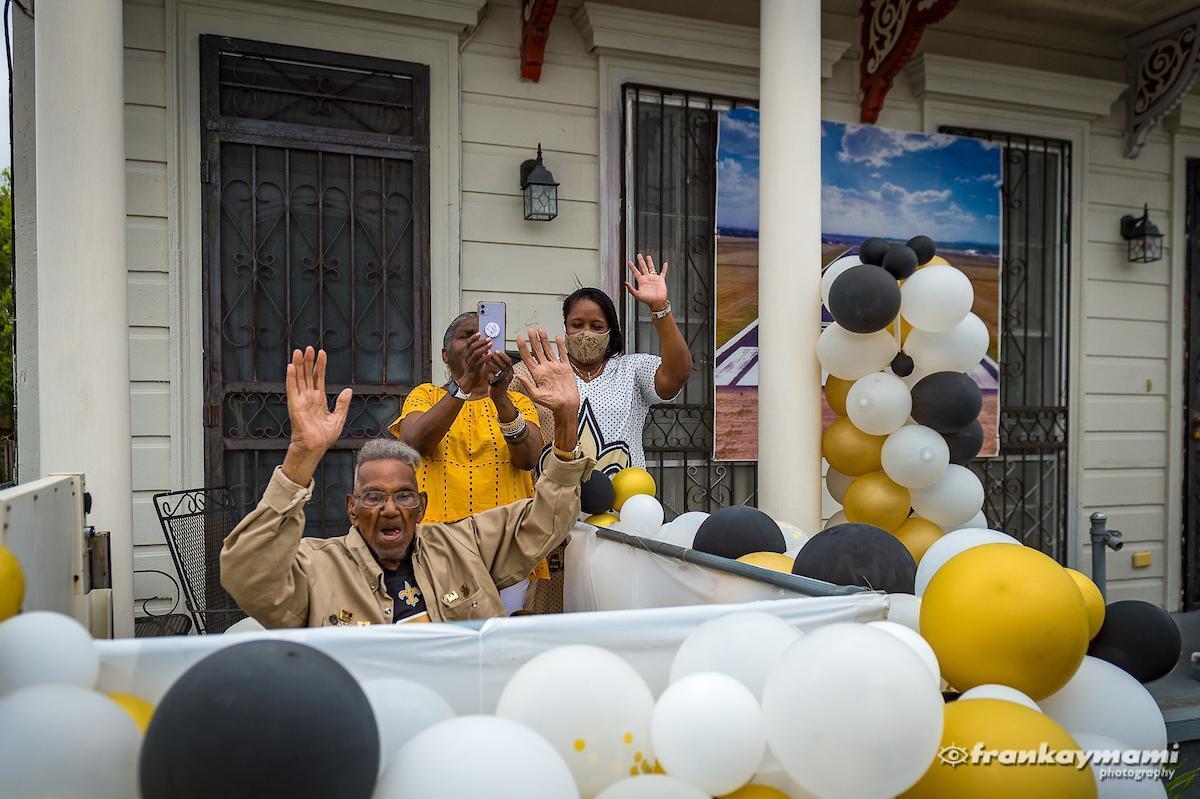 The supercentenarian usually celebrates his birthdays at The National WWII Museum in his native New Orleans. Sadly, the ongoing COVID-19 pandemic led museum to arrange a small, socially distanced birthday celebration at Brooks’ home this year.

The bash included a performance from the museum’s vocal trio, The Victory Belles, and a Jeep parade courtesy of Kajun Outcast Jeep Club and Northshore Wrangler Association.

Brooks and his family maintained a safe distance on his front porch as he was presented with a cake and cards, as well as a serenade from The Victory Belles.

After the war, Brooks worked as a forklift operator before retiring at age 70. He has five children, five stepchildren, 13 grandchildren, and dozens of great-grandchildren. His second wife Leona died shortly after they were evacuated by helicopter following Hurricane Katrina in 2005. He’s been a widower ever since.

He credits his good health with long walks and chewing gum, a habit he used to replace cigarettes.

Brooks, born in 1909, served in the Army’s 91st Engineer Battalion, a majority African-American unit stationed in New Guinea and the Philippines during the war as a support worker. During his time in the service, he reached the rank of private first class.

The Department of Veteran Affairs shared that while Brooks did not directly serve in a combat role, while on a C-47 cargo plane transporting wire from Australia to New Guinea one of the engines on the plane failed.

Brooks said he quickly started dumping cargo out of the plane when he realized he would not have a parachute.  (continue read and watch)