A US Air Force vet brings drone soccer to America 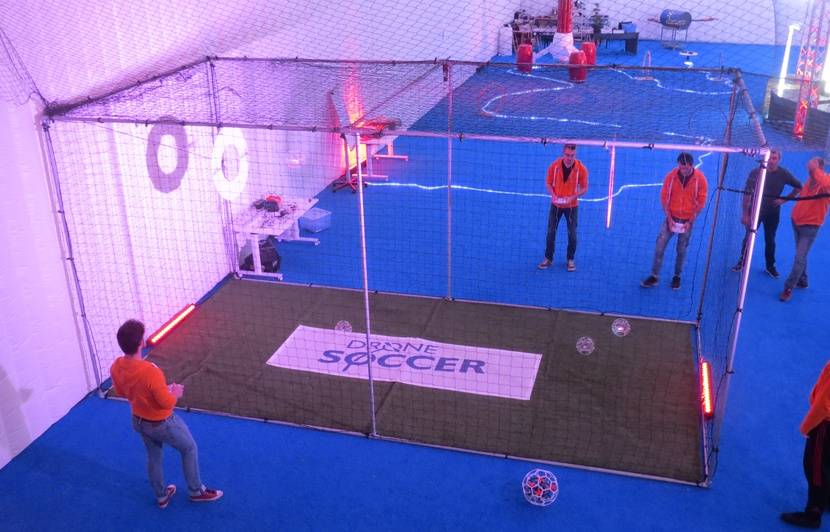 A Us Vet -former Air Force combat pilot – is working to make drones and robotics accessible to students through the emerging sport of drone soccer.

The sport takes the typical after-school robotics club to the next level and may look slightly familiar to Harry Potter’s Quidditch. Thanks to Maj. Kyle Sanders, it is making headway in the western US.

Sanders got involved with the up-and-coming robotic sport after he retired from the Air Force. Sanders flew the C-130 in Iraq and Afghanistan after graduating from the Air Force Academy. He also is a trained pilot and previously instructed at the Air Force Academy. In all of his assignments, he worked in science outreach programs and wanted to continue this work. Drone soccer provided a unique opportunity to do so and he now serves as the vice president of U.S. Drone Soccer, which helps make drone soccer accessible to schools.

“It’s the first drone program I’ve seen that is based in teamwork,” Sanders told Military Times, explaining the sport’s appeal. “It’s spectator-friendly and it can be an on-ramp for students into science and technology.”

Drone soccer involves two teams made up of three to five people each. The two teams face off in a 10′ x 20′ netted airfield, with each team member navigating their own drone.

One player per team navigates the specially-marked “Striker” drone to score through the other teams goal. The other players work to block either the Striker or opposing drones with full-contact collisions. The drones have a plastic exoskeleton that make them able to sustain hits from opponents.

The game has a triad of three minute periods and team members must be able to repair their drones on the fly (literally) to continue the game. While playing, students learn real-world skills that translate into different career fields including aviation and aerospace, according to Sanders. (continue reading)