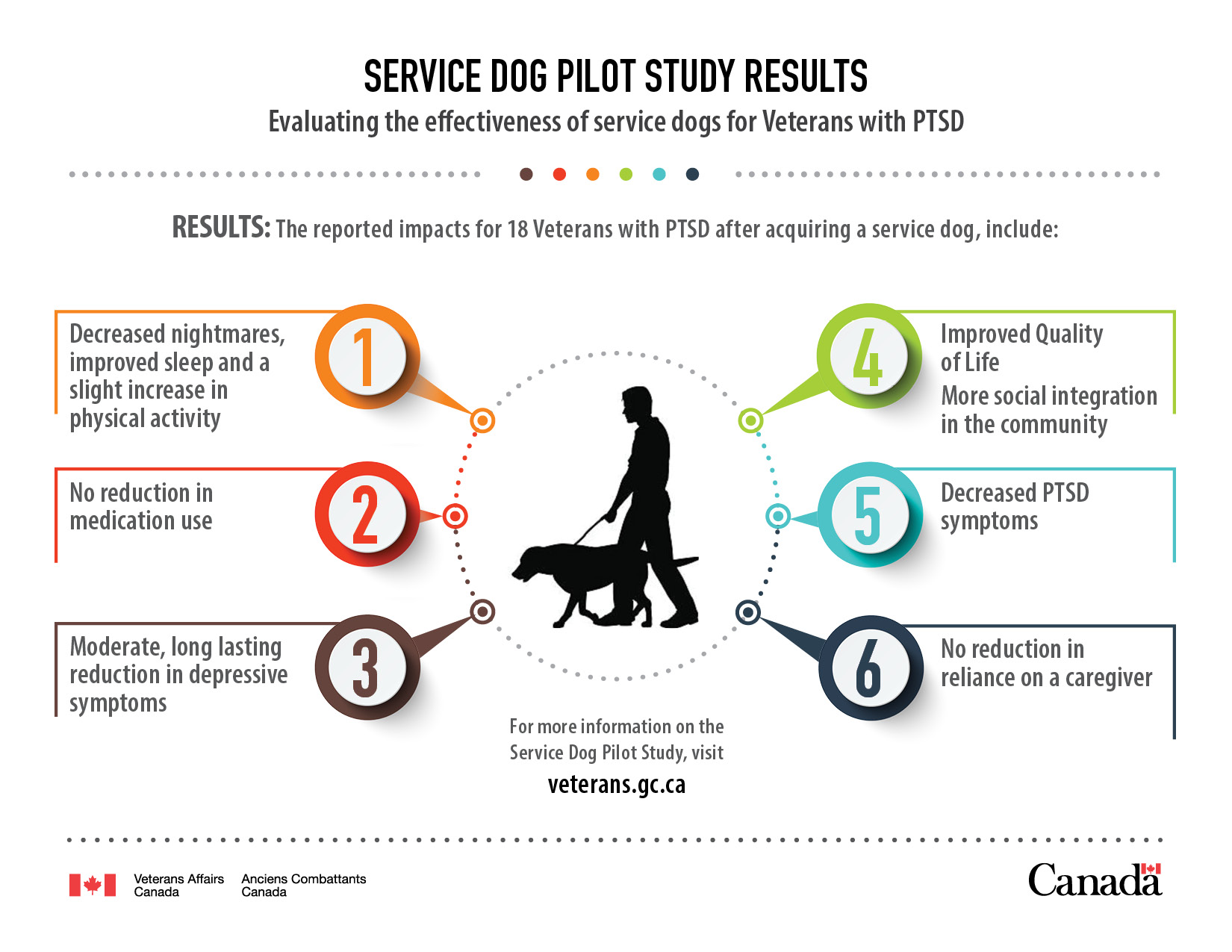 A research team of Veterans Affairs Canada (VAC) released the results of a pilot study on psychiatric service dogs. The study covers military veterans with PTSD and first responders.

Published in the International Journal of Neurorehabilitation in June 2017, the article was part of a project conducted by Laval University in Quebec City, to inform VAC on the effectiveness of mental health service dogs for vets and first responders with operational stress injuries like post-traumatic stress disorder (PTSD).

The article identified nine positive effects of psychiatric service dog for vets with PTSD. The leading ones are detection, prevention, and control of crises and nightmares. The positive effects also include improved sleep and moods, better concentration, and improved self-confidence. The report also pointed out two “undesirable events” that result from using service dogs: difficulty accessing public places and stigmatization.

“This became an issue for us a few years ago, when it became clear — really, from veterans themselves — that mental-health service dogs became an emerging area of interest,” said Dr. David Pedlar, VAC’s director of research. “It’s a broad area that had had limited attention.” (continue reading)